When Is It Time To Visit A Used Car Dealer In Edmonton?

There are many reasons why you might want to buy a new car, but how do you know for sure when it’s the right time? It’s all about the signs. There are plenty of telltale signs that it’s time to say goodbye to your current four wheels, and begin looking for a new vehicle to get you from A to B. This will help to take some of the guesswork out of the decision, and make sure that you end up with a new and improved set of wheels. If you suffer from any of the below, then it’ll be time to take a look at a used car dealer in Edmonton.

Sometimes, the low-quality of our car can creep upon us. We’re all pretty fast to point out those vehicles that are looking a little worse for wear when they pass us on the roads, but after a while, it could be that it’s our vehicle that falls into that category. Try to take an objective look at your car — does it look like its past its sell-by date? Is it full of dents, are there some signs of rust? If so, you’ll want to begin searching for a new and improved vehicle — your current mode of transport is not going to improve, it’ll only get worse. The options are either to pay to have all those dents and imperfections repaired, or you could use it as an opportunity to get a new car. You won’t regret the decision once you’re driving around in a car that looks fresh!

You can manage a few small repairs, sure — that’s just the name of the game when it comes to car ownership, you can’t get around them. But what about the significant repairs? They’re not normal. They show that there’s something seriously wrong with the vehicle, and while everything can be fixed, it’s not always worth it. Sometimes, the sheer cost of the repair can mean that it’s better to wave goodbye to the old, and find a new car, one that is without major problems. Sometimes, people can become too sentimental about their vehicles — they hold on even when it’d make more sense to invest in a superior vehicle. While there’s plenty of space in life for sentimentality, it’s not something that is rewarded all that much when it comes to cars.

You might love your vehicle, but there’s an issue: at one point or another, practicality might become a factor. It’s always worth remembering that the primary objective of the car is that it should be functional. It should make your life easier. If it’s not, then it won’t be aiding your life as well as it could. Let’s think about a growing family, for instance. You might love to have that convertible, but how useful is that type of vehicle going to be for a young clan? Not very. When your life circumstances change, so should your vehicle. Instead of that small and nimble vehicle, you’ll want to look at those family-friendly vehicles in which you can safely transport your young children around. It’s just part of being a parent — there’ll be a time in your life to drive around in those two-seater vehicles, it’s just that you’ll have to wait until your children are fully grown (or you can get a second vehicle).

If your family grows, then you should change your vehicle, but that’s not the only life change that should affect what vehicle you own. Your environment should, too. Indeed, one of the more underrated aspects of choosing a car is whether it fits in with where you live. There are some vehicles that can perform just fine wherever they are, but that’s not always the case. There are some car models that are best suited to city-life, for example, as they were designed with metropolitan areas in mind. They wouldn’t perform well in a more natural environment, for example, where the needs are different. Similarly, those large, all-terrain vehicles won’t be a friend in cities, where space is minimal. And in any case, many of the features of the vehicles that were designed with the outdoors in mind wouldn’t be necessary for cosmopolitan places, anyway.

Vehicles have come along way in two areas in recent years: safety, and technology. Let’s think about the latter. If your car is still lagging behind when it comes to the infotainment side of things, then you might want to consider upgrading your vehicle. While it’s not a dealbreaker when it comes to the overall quality of your car, it can make the driving experience all the more enjoyable, plus it just neatens everything up. Instead of having various cables connecting aftermarket products at the front of your car, everything will be effortlessly connected via Bluetooth. It’s pretty enjoyable to call a friend just by touching a few on-screen buttons, having the sound come through the speakers, and so on.

Of course, any car is going to cost money. But if it feels like yours is a money pit, then it’ll be time to look at upgrading your vehicle to something that’s a little easier on the bank balance. Sometimes, you have to spend money to make money, and that’s how it is with a vehicle. You might need to spend some money on a vehicle, but you’ll end up with an improved vehicle, and your weekly vehicle expenses will be lower. One area to keep a particular eye on is how often you’re visiting the gas station. If you have a poor MPG rate, then you’ll be spending more money than you’d like just trying to get from A to B. Sometimes a low MPG number is because of the driver’s driving style, but sometimes it comes down to the car itself. Upgrade, and there’ll be longer visits between your trips to the pump.

No car is completely perfect. Every vehicle has its own little quirks that the driver gets used to overtime. However, if the car begins to run funny in an unfamiliar way, then it’s probably a sign that things are going to start going downhill soon. Aside from indicating that something strange is happening under the hood, this could just be annoying. It’s not even necessarily about there being a problem with the engine, either. A small glitch with, say, the windows not opening or closing properly or the A/C being broken will be enough to have you browsing the used car ads.

Now, sometimes an issue with a car doesn’t have to mean all that much. You know that everything is running smoothly, in its own special way, but what if you don’t have this knowledge. If you’re beginning to feel a little unsafe in your car, like you have little faith that your vehicle is going to make it through to the end of the year — it’s on its last legs, essentially — then it’ll be time to begin looking for another vehicle. It’s super important to have confidence when we’re driving, since it allows us to focus on the roads, rather than on whether it is working just fine under the hood. If you have a nagging feeling that things aren’t as safe as they should be, then look at upgrading your vehicle.

There Is Any Tape Whatsoever

It can be fun to customize your vehicle, but not with tape that doubles up as a way to keep the car together. If there’s ever a moment when you need to get out the tape and do a spot of DIY on your vehicle, then things have gone too far. You might love your vehicle, but it’s going to seriously dampen people’s perception of your judgement. Indeed, this isn’t just about the tape, either. If you have to do any DIY jobs just to keep the thing from collapsing, it probably means that you’ll be better served by paying a trip to a used car dealership in Edmonton. A word of note: it’s always better to sell the vehicle just before it gets to this state. People will be more likely to buy a vehicle that doesn’t have black tape on all sides.

You can always count on other people to fill in the gaps of your judgment. You might not see anything wrong with your vehicle, but other people will. If you ever have people refusing journeys in your car, then take that as a pretty big clue that you should maybe think about upgrading. As well as people flat-out refusing your services when it comes to getting from A to B, listen out for little jibes. If you seem to be on the end of many jokes around the quality of your car, then an upgrade could be on the horizon. They may only be joking, but there’s always a degree of truth in these things.

A car could last a very long time in pristine condition…if it was never driven. But who wants to do that? The roads are there to be explored. But of course, the more you drive, the faster you’ll reach the point where your car should be replaced. Now, there’s no golden number when it comes to how many miles your car can drive before you have to upgrade. It’s all about how well you’ve been taking care of your vehicle. As a general rule, however, it’s a good idea to begin floating the idea of changing vehicles once you’re in the region of 200,000 miles. Once you’re going significantly beyond that number, it’s a roll of the dice when your car will breakdown.

Of course, not all of the reasons why you should consider getting a new car has to be because you’re seriously unimpressed with how yours is running. Everything might be running just fine, but then you take a ride in your friend’s new ride, and begin to think that you’d much prefer to have their car than your own. You’re suffering from car-envy, and while sometimes the feeling passes, sometimes it sticks around for good. The only cure is to upgrade your vehicle and put those feelings of envy behind you.

People are rarely judged by what car they drive, but there are some arenas where it’ll make a difference to how people perceive you, and when you’ll want to make sure what car you’re driving isn’t holding you back. One such area is in business. If you’re an entrepreneur or a representative of a company, then it just won’t do to turn up at a meeting in a banged-up old vehicle. The idea is to present an aura of authority and control, but there’s something of a lack of awareness attached to driving a car that looks like it should have been sent to the scrapyard some years ago.

Driving Is No Longer Fun

We think of cars as simply ways to get us from point A to point B, but they are, of course, much more than that. When we’re riding with our friends and family in the car, and we’re just cruising around on a Sunday afternoon, it’s not about where we end up — it’s the journey, and the journey should be fun. If your car is holding you back on that front, then it’s time to make a change. You should look forward to getting behind the steering wheel, not thinking, “here we go again.” Get a new set of wheels, and put the fun back in driving.

Who Needs a Reason?

So we’ve outlined a bunch of signs that you might want to consider getting a new car, but there’s something else to consider, too — and that is, who needs a reason? There doesn’t have to be a clear set of reasons behind every action, sometimes you just have to do what feels right. 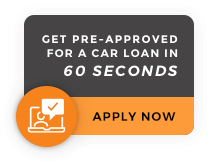