The Best Used Car To Buy

The Covid-19 pandemic has hit pockets hard, so while you might have to put your dream of owning a brand new car on the back burner for sometime, it doesn’t mean you have to forego the thought of driving your own vehicle.

There are plenty of used vehicles on the car market in 2020. Take a look:

Often, when a car or truck gets a complete redesign, the previous version becomes a little more affordable. That may be true with the Sonata but Hyundai has been quietly building a stellar reputation thanks to great cars like the Sonata and Elantra as well as the Sante Fe and Tucson SUVs. If you are thinking a used Hyundai is going to be permanently in the bargain-bin, you might be surprised. Savvy shoppers are getting the idea that these cars are nicely equipped and reliable

In case you are searching for sedans, the 2018 or newer Sonata definitely deserves your attention. It is also worth mentioning that for 2018, the Sonata got some significant upgrades in terms of styling, steering, safety tech, and a new transmission. Keep this in mind if you see a 2016 or 2017 that is nearly the same price as a 2018. Look for a Sonata with the Tech package on the SEL.

The Nissan Rogue gets a major update for 2021 but the previous version is a perfectly good small SUV. It is similar in size to other compact SUVs like the Honda CR-V; but, find the right year and the Rogue was available with a third-row seat. The available third-row won’t endear itself to adults, but a couple of kids can scramble back there with ease. Looking for a budget-friendly family transporter? This is the ideal choice.

At the gas pump, the Rogue will endear itself to everyone with its Environmental Protection Agency (EPA)-estimated 33 mpg in highway driving (2014). And when you look around the Rogue’s interior, you get the sense that Nissan’s giving you a premium product at a regular price. Look for a 2015 or 2016 model for the best compromise of comfort and price.

Toyota 4Runner TRD Pro is a rugged, durable, purpose-built off-roader that can take a beating and keep on trucking. It is apt for anyone looking for a no-nonsense SUV for adventures off the grid and doesn’t mind dealing with the compromises of an aging truck-based platform in the daily grind.

Under the hood, the 4Runner TRD Pro packs a 4.0-liter V6 that musters up 270 horsepower and 278 pound-feet of torque, which means it doesn’t go anywhere in a hurry. You can switch from Eco mode to Sport for overtaking and merging. It has proved itself in the mud and on the trails — not as a spectacular SUV, but as a damn good piece of equipment. It is one that any serious overlander or off-roader should be happy to include in their adventure kit. Get the 2019 version!

New or used, this is one of the world’s most perfect SUVs. However, you have to get the right year to get the best version of the Q7. It is advisable to opt for the 2017–2019 versions. The previous Q7 is lacking the elegance of other Audi vehicles. Regarding the redone Q7, it has garnered praise with experts calling it the definition of luxury and exactly how a modern luxury SUV should be.

As plush as a luxury sedan inside, the Q7 offers plenty of up-to-the-minute technology features, such as Side Exit Assist (which keeps a virtual eye out for the approach of other road users when someone goes to open the Q7’s doors) and even a thundering 23-speaker sound system. To put it in a nutshell, it promises a thrilling ride!

Forget everything you have known or heard about past versions of the Chevrolet Malibu. The well-known sedan was totally updated for 2016 and it has been touted to be surprisingly competitive and one of the best-looking cars in the class. Whoever has given it a test drive has experienced the excellence of its optional 2.0-liter 250-horsepower turbocharged 4-cylinder engine.
The Malibu also feels agile and light on its feet, and we appreciate the long list of available high-tech features, including Apple CarPlay and Android Auto. Then there is the fact that you can get a well-equipped Malibu LT for a fairly reasonable price. If you are shopping for used cars like the Camry, Accord, Fusion, or Sonata, you need to try out the Malibu too. Look for a 2016 or newer model to get the best-looking one and most features for your money.

We all know the Honda Civic has been a staple of American roads since 1973, with more than 7.3 million rolling out of Stateside dealerships in the last few decades. Even in the current truck- and SUV-obsessed marketplace, Honda clocked record sales. You might not have ever owned a Honda Civic, but odds are good you know somebody who has. Over the past year, the sedan, coupe, and hatchback have all received a mid-life tweak that brought a few small but much-appreciated tweaks, such as extra sound deadening and a better infotainment system that includes a physical volume knob.

The Civic sedan and hatchback rank among the more visually-appealing members of the compact car category. The sedan’s sleek fastback-like rear calls to mind sleek European four-door coupes, while the edgier hatchback serves up a distinctive JDM (Japanese domestic market) vibe that is futuristic without being too over-the-top. All automatic versions of the Civic now come with a continuously-variable transmission, a category of gearbox that has been largely maligned over the years for its poor responses and tendency to cause the engine to drone under acceleration. Honda, however, has leveraged its engineering magic to deliver a CVT that does away with practically all the traditional bad traits. The Sport and Touring models offer paddle shifters that provide a simulacrum of six real gears. So if you want a car that isn’t just inexpensive, but also stylish, well-made, and at least a bit of fun to drive, this vehicle is exactly what you are looking for.

An all-new and very luxurious minivan for the 2017 model year, the Chrysler Pacifica turns a lot of heads. This van is nothing like the previous versions – the Chrysler Town & Country and Dodge Grand Caravan. If are shopping for a used minivan, those have likely come up, but check out Pacifica first and then give it a test drive. It is supposed to be the best minivan on the market. There is a plug-in hybrid version too if fuel-sipping is your thing. Look for a 2017 or newer Pacifica for the best deal.

The F-150 as well as the F-250 are consistently in the top three when it comes to the most researched vehicles online, and their popularity keeps growing. Also, these Ford pickup trucks are typically the best-selling vehicles in the U.S. and Canada year after year. Sitting pretty at the intersection of popular and good is the Ford F-150 Raptor. It is the most authentic truck you can get – only the new Jeep Gladiator Mojave comes close, but getting a used one of that car at a reasonable price is a distant dream.

It has now been a decade since the Raptor was introduced, and the competition has yet to catch up. To this day, the Raptor still doesn’t have a bona fide rival. Look for 2015–2017 models for a lucrative deal.

We understand, you’re probably just looking for an all-wheel-drive car, something midsize, a Kia or Toyota corolla. But sometimes we need to bask in our aspirational life, right?! And there’s nothing more flashy than a BMW, Lexus, or better yet, a Porsche. When Porsche’s groundbreaking Cayenne first came out, there was much hand-wringing by enthusiasts who couldn’t bear the thought of an SUV wearing the Porsche crest. Fast-forward 10 years, and it turns out that the Cayenne was ahead of its time. These days, sport-luxury crossovers are ruling the roost, and a Porsche Macan (Porsche’s compact crossover slated beneath the Cayenne) would be a great used car choice.

Based on the excellent Audi Q5 crossover, the Macan’s underpinnings received a thorough overhaul for Porsche duty, and there is a special engine, as well: a turbocharged 3.0-liter V6 rated at either 340 or 400 hp, depending on trim. Best of all, the head-turning Macan will likely be the most affordable 4-door Porsche you can find, making it an appealing alternative to a wide range of vehicles. The 2016-2018 Macans are perfect due to their appealing price and safety features. Don’t forget the certified warranty offered by Porsche. It boasts 2 years of coverage after the new car warranty expires, with unlimited miles, which can also be applied to cars up to 13 years old with less than 124,000 miles.

Legendary Toyota reliability combined with a comfortable, three-row SUV – that is how the Toyota Highlander can be described in a nutshell. It is recommended you get the 2015 or newer version for the most modern conveniences. Then, even the base Highlander LE came nicely equipped including a rear backup camera, 18-in alloy wheels, heated side mirrors, 8-passenger seating, and Bluetooth.

In 2016, rain-sensing wipers were added to the Limited Platinum trim, and in 2017, the Highlander received a minor face-lift: a new 8-speed automatic transmission for the V6-powered models and the addition of the Toyota Safety Sense P driver-assist suite. The V6 also received a revised fuel-injection system and a bump in output to 295 hp, while the hybrid powertrain was expanded to some of the less expensive trims. But yes, you won’t get Apple CarPlay with a used Highlander because that feature was incorporated added in 2020. However, it is a slight upgrade that doesn’t impact drivability.

So if you are looking for a certified pre-owned car, Toyota has one of the best programs. Certified used Toyota customers get 12 months or 12,000 miles of limited bumper to bumper warranty which starts the day you buy your used Toyota. The program also extends the powertrain warranty to a total of 7 years or 100,000 miles, whichever comes first.

So go ahead, visit the website of DriveNation and start researching the car models of your choice. We promise a smooth and hassle-free experience, so you can get the best-used cars as per your requirements and price range. you can read up on several car reviews and consumer reports for a better idea before you visit our dealership for more details. 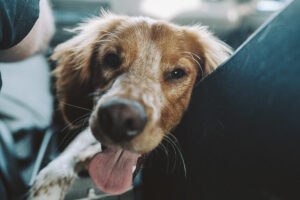 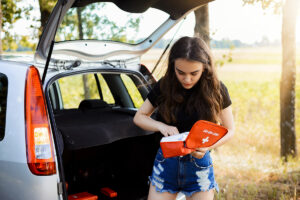