Cars of today are designed to meet the demands of drivers – refinement, power, speed, and a bunch of safety features. Modern vehicles are not simple, but they have to adjust to these demands by adding new features to new car models annually. Even basic vehicles designed for commuting possess hi-resolution smart screens with a cutting-edge smartphone connectivity ability. This is in addition to the multiple cameras on cars, which help it avoid collisions as well as apply brakes on auto setting.

Having tested and researched on various new car models, here’s a list of our favorite component of cars today:

Dear Modern car, You Smell Nice. The Mercedes S63 AMG produced in 2018 has amazing luxury and tech tools, but the in-cabin air fragrance was the one that appealed to me most. With little containers of scented liquid, which fits into a slot located in the glovebox, the system just goes “Ah! Freeessshh  aaaiiiiirrrr”.

Visit the COMMAND settings of the car and the system will release varying levels of scent via the air control. The scent is not that powerful to be rated as a freshener, but enough to keep the car interior smelling nice.

If you ask me, I would say going wireless is pretty modern for cars. Inductive charging is not a new thing for Android users, but Apple’s iPhone 8 and X models come with a wireless charger, so there’s no excuse for carmakers not to install an adapting feature for iPhone wireless charge in vehicles too. There are even rubberized pockets in some cars that keep phones snuggly in place while boosting its batteries.

In the spirit of going wireless, BMW, Volkswagen, and other manufacturers now install Apple CarPlay in their new models, with Alpine offering same tech tool in the aftermarket. Saying goodbye to cords won’t be a bad thing after all…

“Hold my bag for me while I drive”. The 2017 V90 CrossCountry and 2018 XC60 SUV introduced by Volvo impressed us with the bag holders attached to it. V90 particularly came with a fitted grocery bag holder found at the rear of the car. This feature keeps smaller items in place instead of flying around in the trunk while you drive.

The XC40 introduced in 2019 comes with a hook above the glovebox. Female drivers found this helpful in hanging their purse.

“Mind if I take over the wheel…?” Either self-driving cars are about to happen or they are still many years out. Our prognosis is inclined to the former since Cadillac and Nissan are now making modern cars that can kind-of drive themselves and are reasonably priced.

Nissan’s Pro-Pilot Assist and Cadillac’s Super Cruise system significantly vary in specifics – however, both self-driving systems take over the control of acceleration, steering, and braking.

They are sort of similar to Tesla’s self-driving system but on a 5-level rating scale, they are considered level 2 and priced below $35,000 irrespective of the fact that Nissan is one of the best selling vehicles in the US and Canada.

“Wait a minute, concert all in a car?” We loved checking out Volvo’s latest car models. For $3,200, a Bowers Wilkins Premium Sound system with 15-speakers will be installed in your car. Honestly, all through the time we tested various car speakers, this one was best – comes with a grand concert hall mode – tuned to place you in a Swedish-themed concert hall. Volvo’s XC60 has this feature.

*Opens the back door… “Stay here.” Nissan and GM acknowledge that families are often busy and they note the importance of this. To help make work easier for very busy parents, these carmakers installed a system that reminds you that someone or something is in the backseat. Cars can be mistaken for ovens during summer, so this is an incredibly important feature.

If the back door has been opened and closed before driving off, the car sends a chiming sound at the end of a ride to remind the driver of the backseat occupant. Nissan’s system may even honk the horn, in other instances, it’s just the basic alarms.

The e-pedal made more records than Nissan’s 370Z seats, but we really liked the seats. The 2018 Roadster Touring Sport has these seats. It’s not totally cloth, not leather. It’s a fuse of both materials. Nissan had the seats’ ventilation and heating in mind when making these seats. It is normal to find heated cloth seats in cars but ventilated seats are not commonly found around. This is something worth trying out in 2019.

The best thing about these features? As we’ve flipped the calendar over to 2019, you can get all the newest 2018 tech in a used vehicle! Save thousands off that new sticker price and still get all those new, high-tech gadgets you want. You early adopter you! 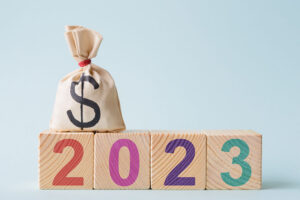 Will car loans in Canada go down in 2023 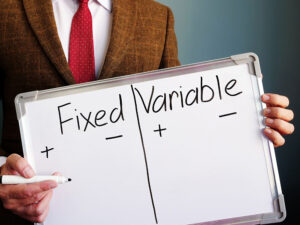 Are Car Loans Fixed or Variable Rates in Canada? 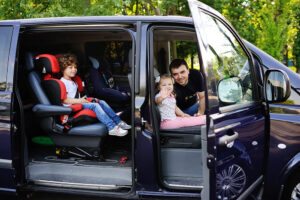